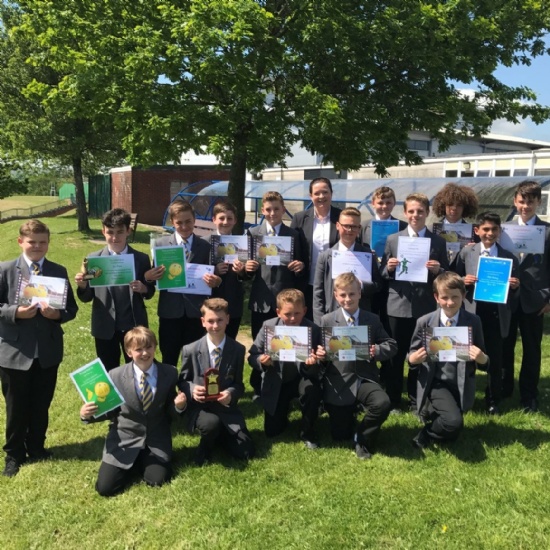 Now in its third year, the Premier League Reading Stars kicked off with their first fixture at the start of the spring term.  This year there was a second group, following a similar programme, called the All Stars.  Both groups have been learning not just the importance of reading, but reading for pleasure. Over the past few weeks both groups have enjoyed many activities, including interviewing rugby international Rhys Thomas.

The programme came to a close at the end of the term, when Miss Collins presented both groups with their awards and certificates.  Jakob Chukoury and Cameron Hill received the Most Improved Award.  Kian Morgan took away the Golden Boot Award and Matthew Dighton, the Golden Star Award.  Both Brandon Pike and Alex Harris were rewarded with the Endeavour Award for their efforts throughout the scheme.