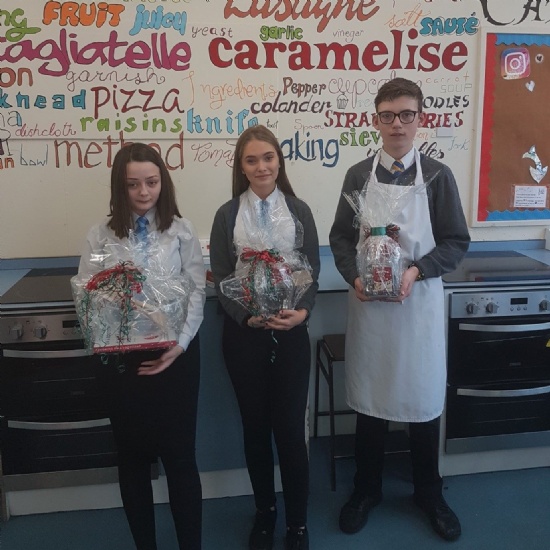 The Home Economics department organised a Bake off competition, which was open to all pupils. The challenge was to create a ‘showstopper’ Christmas cake and Mrs Ryder and Mrs Watkins were thrilled with the cakes that pupils produced. The pupils showed off their baking and decorating skills; pupils made a variety of sponge cakes and swiss rolls. They melted chocolate, piped buttercream and created decorations from fondant icing.

The Senior Leadership Team was invited to judge the 17 entries and Miss Collins, Mr Bown, Mrs Glynys Davies and Mrs Karen Davies were St Cenydd’s very own Paul Hollywood and Mary Berry. They agreed that all the entries were of a very high standard, but 3 cakes really stood out.

In 1st place was Willow Greenway, for her fantastic chocolate and strawberry masterpiece, in 2nd place was Amy Thorne with Rudolph and in 3rd place was Lewys Lavelle, with his frosty Christmas scene.

Well done to everyone who entered & keep baking! 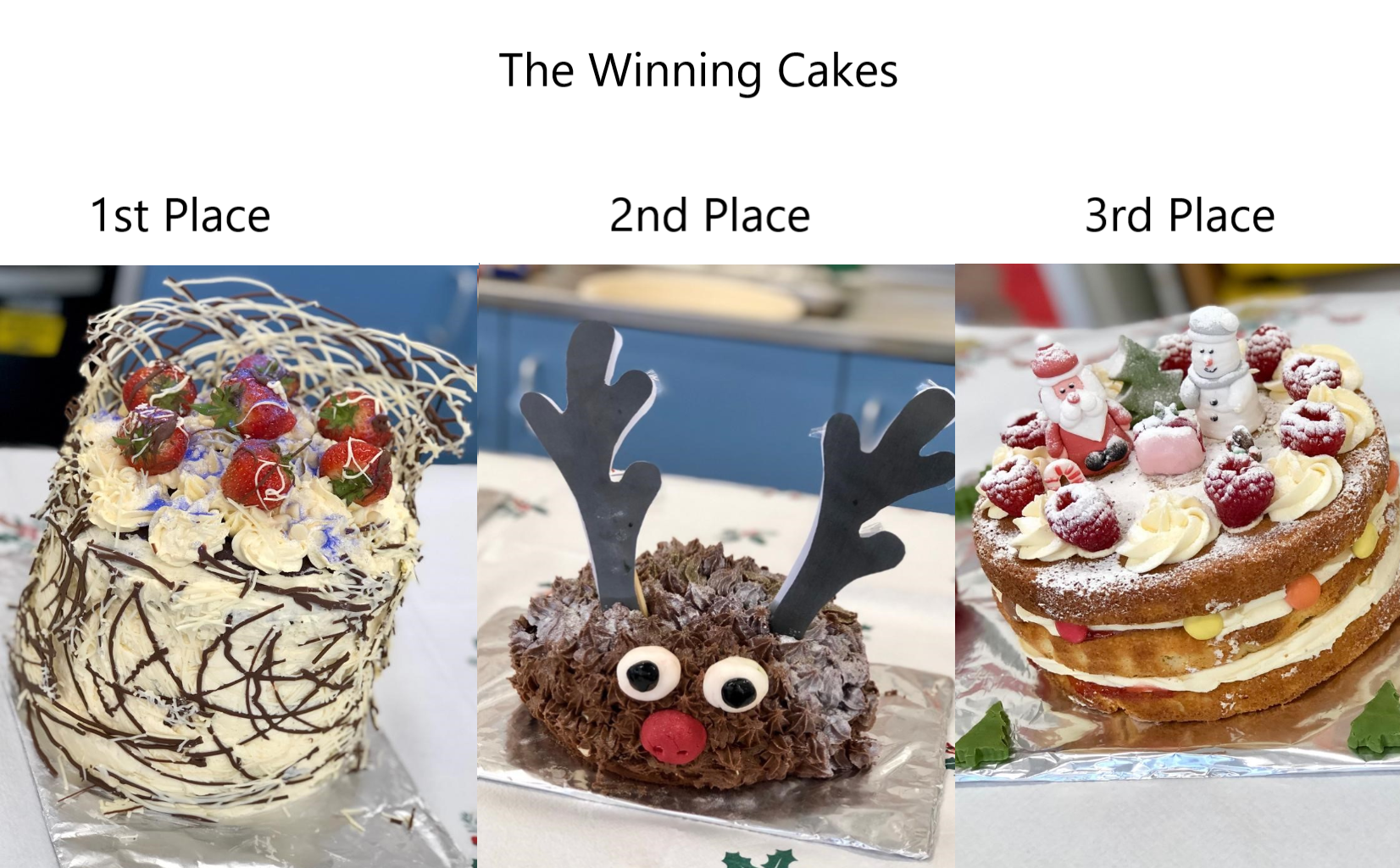