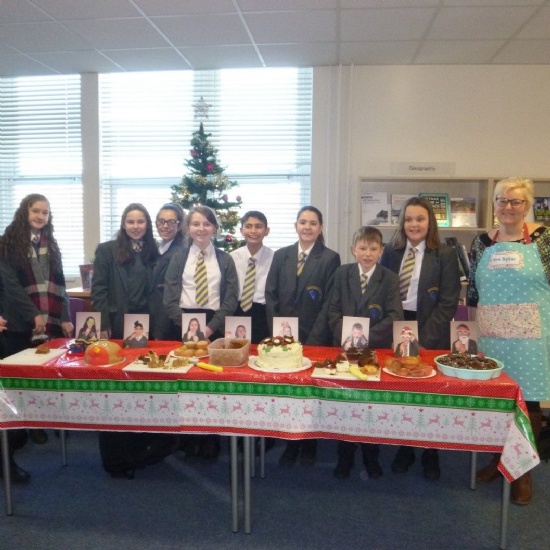 Some wonderful baking skills were shown by our students in Years 7 and 8 in the run up to Christmas, when they took part in the ‘Book Club Christmas Bake Off.’  Some delicious cakes were produced and our school’s very own Mary Berry and Prue Leigh aka Mrs Ryder and Mrs Watkins had the difficult task of judging this competition.  There were flapjacks, a red velvet cake, a variety of cupcakes, and even a robin cake filled with sweets.

After much deliberation the judges came to their final conclusion, revealing the winners. Jakob Chukoury in year 8 came in third place with his robin cake, Year 8’s Hannah Jones came in second place with her lemon drizzle cakes and our star baker was Jessica Kemp in Year 7, who produced an elaborate red velvet cake.  Both Mrs Ryder and Mrs Watkins thought that all the entrants had put a lot of work and effort into their bakes and were all very worthy winners.