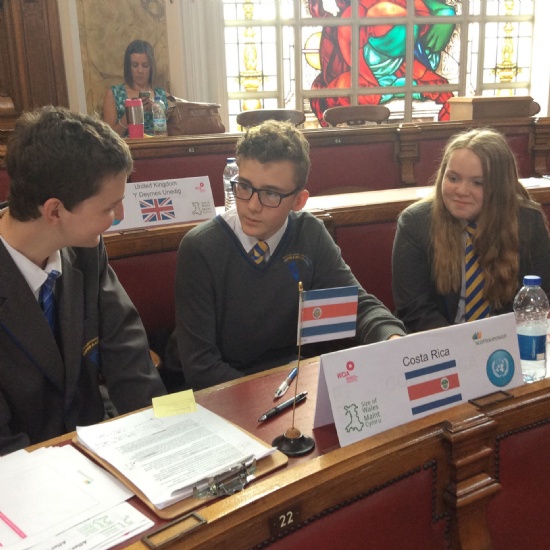 Six pupils from Years 9-12 travelled to City Hall, Cardiff,  to act as delegations from the USA and Costa Rica. The aim, as with the real UN Conference of the Parties, was to get all countries to agree to a resolution on climate change through researching and debating draft amendments and negotiating deals and sponsorships. Our pupils spoke very confidently and were well versed on current world political issues. The USA were particularly impressive with their determination to hold China to account!

Four GCSE Media Studies pupils also joined us, as they took on the role of the International Press. They were very proactive in recording the highlights, conducting interviews and presenting their press report of the entire event, which was extremely well written. They were a fantastic team of would-be journalists.