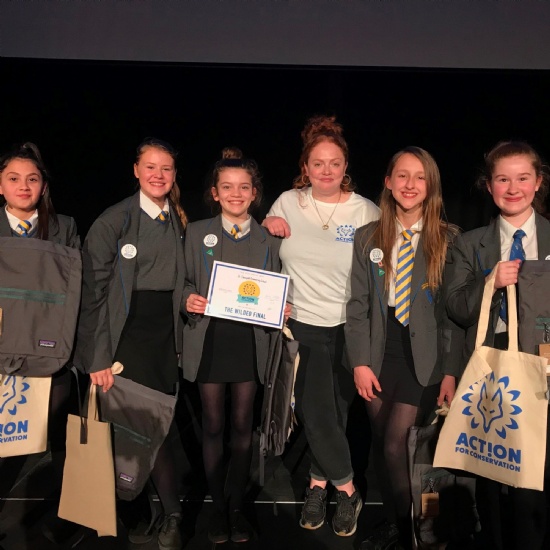 On Thursday 28th March class 7/2/1 attended the South West and Wales regional finals in Bristol for the WildEd competition. The whole class were very supportive while watching the other 8 schools presentations. The 'Sea Salt Savers' represented St Cenydd and gave their presentation on plastic pollution in the oceans. The girls explained that as part of their project they had conducted a beach clean and made a sculpture from the plastic waste to help raise awareness of the issue. They had also given up their spare time to go bag packing with the aim to raise enough money to replace the schools plastic cutlery in a bid to reduce the amount of single-use plastic on school site!

Despite being the youngest team presenting the girls spoke exceptionally well and their enthusiasm shone through, ultimately winning over the judges and gaining them first place! We look forward to seeing where this project takes them next.